St Patrick's School in Bryndwr, Christchurch, asked if I would create a new logo design as part of their school branding. They felt strongly that their Charism (how they began, who they are, and what they stand for) was of central importance to any new design. As part of the process we also wanted to hear what their school community had to say. 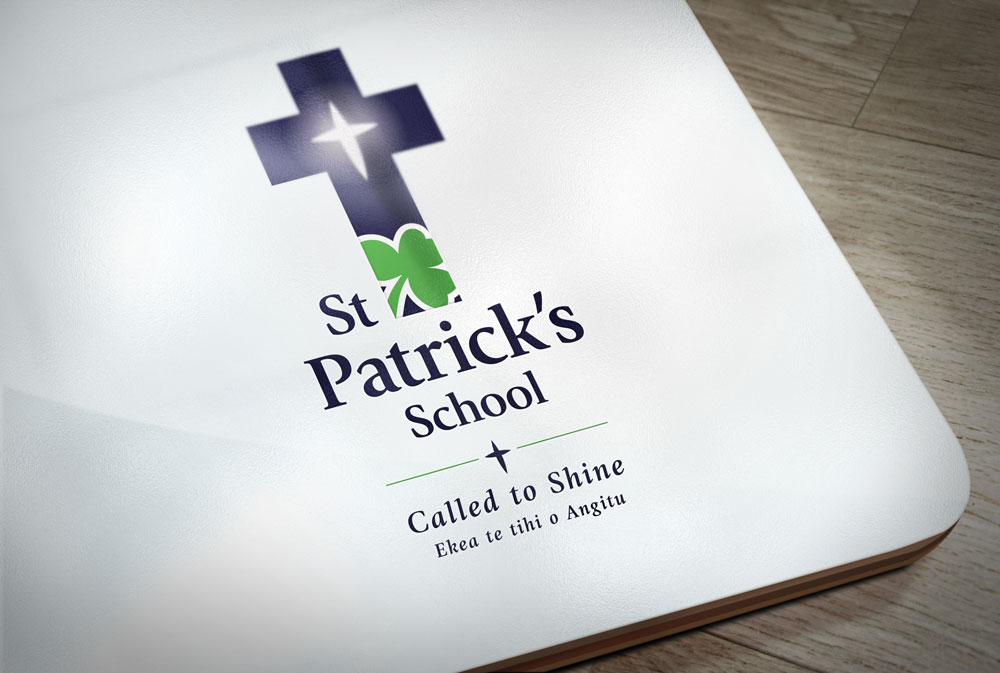 We surveyed staff, students, and parents. The feedback provided answers to any confusion around how the community felt about their existing logo, and was invaluable in shaping the look of the new logo.

Here are some examples of questions we asked:

What we found was that there were certain non negotiable elements that should be part of any new logo design. There should be a cross (representing their faith), a clover (reflecting on their heritage), and stars (referring to their character).

This is quite prominent - emphasizing the importance of its meaning to the school community (symbolizing the Trinity and the work of Jesus).

In addition to the clover, and it's historical significance, the 'cross inside the cross' is the symbol of the Sisters of Mercy Order. Here it represents the work of Sister Angela and St Catherine, who opened St Patrick's in 1951. As the school grew additional teaching support came with the arrival of the Sisters of Jesus and Mary in 1961.

The cross inside the cross is also a star. Not only does it allude to the Sisters of Mercy, it is a 'shining' star symbolizing the St Patrick's Star Values. Their motto, "Called to Shine", recognizes these qualities.

St Patrick's School staff and students are called to be: One with God, One with Self, One with Others.

The logo design is conservative. It was important to be sympathetic to the nature of the school community who were not wanting something that was too radical or different. They wanted a logo that was simple, clean, and smart. Most of all, their Charism was respectfully incorporated. 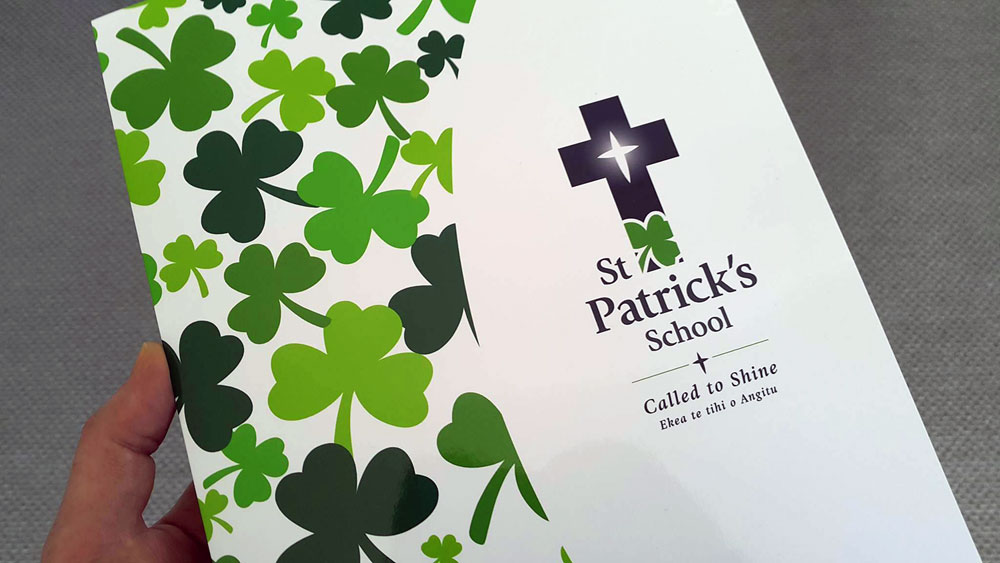 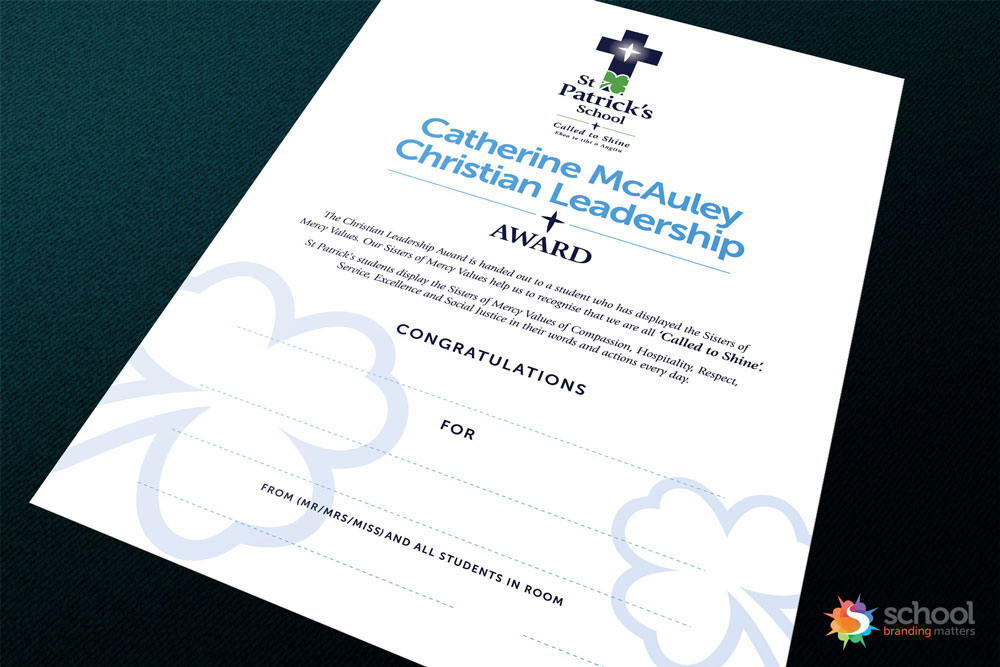 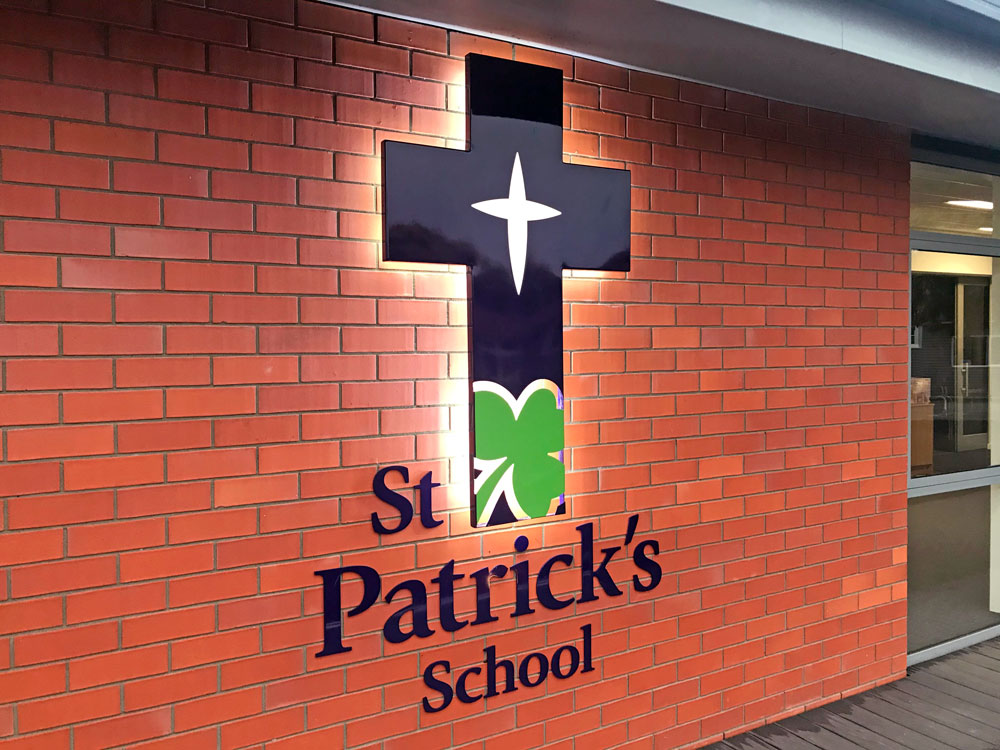 Your school brand is your reputation as a reflection of your school culture in the community. For Catholic Schools their Charism is central to their culture and underpins school life and learning. Designing a new logo does not mean this history or tradition will be lost. To the contrary. Any new school logo will be a reflection of the Charism and help explain the school's history and beliefs to the existing school community as well as new generations of families looking to enrol their children.

"As a traditional state-integrated Catholic school our school Charism was at the forefront of our minds when we embarked on a new logo design. We felt we needed a refreshed and modernised logo that was a reflection of our schools Charism but one that our students and school community could relate to.

Craig was very patient while we consulted our school community to find the key elements that encapsulated our schools special character, our vision and values. Craig’s ability to listen to our story and take the time to understand the Charism of our school helped to produce a logo that does just that. It tells a story of our schools rich history that is vital in keeping our schools Charism alive.

We have continued to work with Craig to take these key elements into other branding material across our school that continues to tell our story in an exciting but unique way for our students and community to enjoy and share."

Is your school's Charism reflected in your logo?

If you're a Catholic School and would like to know more about the process involved in developing an unique school logo design built around your Charism, please contact me.